I hinted previously that there could be a new book coming down the pike this year.

THERE IS!  It’s one I’ve had quite a fun time with, as it really defies classification.

Here’s my best effort to label it –

With the current landscape of modern high school libraries shifting away from books involving shootouts, I was nervous to promote such a book for teen readers. However, the strong historical significance won out for me, to tell a story about this ‘not-so-famous’ Kentucky feud, which unlike the Hatfields & McCoys (happening due east of Perry County), spawned not from the greed over a hog, but something much more closely tied to every Appalachian – land, the coal within.

I look forward to sharing more details, as they develop, and I gladly welcome any of my more talented writing peers to offer to blurb for this book well in advance of its intended release, which is:   9.20.18.

Happy Easter Weekend to everyone! 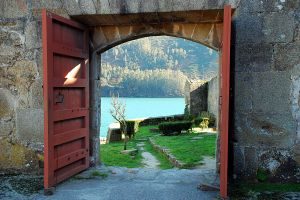 The recent murders in Egypt and a Rolling Stones song came up in a conversation tonight.

We were sitting around a table, a friend said that the song “Gimme Shelter” by the Stones was referenced concerning war and the impact it had on both a physical and spiritual level.

The lyrics especially in the first 3 verses stating:

Yeah, a storm is threatening
My very life today
If I don’t get some shelter
Lord, I’m gonna fade away

Oh, see the fire is sweepin’
At our streets today
Burnin’ like a red coal carpet
A mad bull lost its way

These lyrics and words like “storm,” “shelter,” “children,” “shot,” and “fire” all create a stark contrast to the image of peace and love. The imagery of a storm threatening your health is probably something you can relate and maybe have even been subjected to in your life. Likewise, the notion of a fire burning wild like a wildfire in the western US might come to mind. Maybe you’ve lived out on the west coast, and this is something you’ve come to witness in your lifetime?

If you are like me, you can connect with most of the descriptions the song introduces, but the threat of losing your life might be too far-fetched. Do I realize that war is “just a shot away”? Yes. That makes sense. War is often started when the first bullet flies.

But the imagery of losing my life from this shot, war, and/or fire is almost other-worldly.

The 21 Christians that sacrificed their lives were all uttering prayers that echoed the lyrics above. Hana Aziz is quoted on CNN as saying that the men from his village were saying “God, have mercy on us,” even up to their last moments alive.

I haven’t seen the footage or watched many of the interviews that have taken place since the slaughter, but I can’t help but see the similarity in the song’s final words and the result of these men losing their lives. The lyrics “it’s just a kiss away” makes even more sense to me. The notion that if affection and love aren’t exhibited (and are replaced with hatred and malice) then, war looms on the horizon.

I pray for the village of Al Aour and those mourning the loss of these men. While these men weren’t able to celebrate this past Christmas and the holidays with their families, they are now at rest. May the mother that wasn’t able to prepare their favorite meals understand that their fate is sealed in a much better place. She need not worry about them, because they stood for the greatest cause.

They have been given permanent shelter.