You might’ve seen the previous posts, but it’s true: Leah and I are expecting a girl this August. She is due to arrive on Leah’s birthday (Aug. 11th) no less.

We spent this past weekend at Mom’s in Monticello to celebrate with family and close friends. As we’ve learned this info., it is now much more real.

There is a child on the way.

We are naming her after my babysitter- Zella (Rose), which means ‘blessed.’

All of the complimentary Kentucky checkboxes were marked this past Easter weekend: 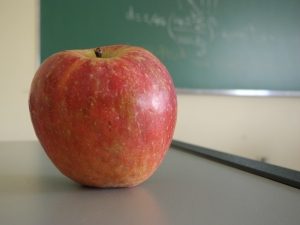 What’s your all-time favorite memory inside the hallowed halls of education?

Pick one from elementary, middle, high school, and/or the years beyond.

Let’s reflect together inside this space.

I’m going with a beauty that took place in the formative junior year of high school at Monticello Independent (see When Independent Schools Close blog for more about this great school).

It was a year of double math credits. Don’t ask me how the state placed these requirements on us. I’m still unsure. But the junior year at Monticello provided not 1 but 2 math opportunities for our small class: Geometry and Pre-Calculus. Most of us unlucky souls found ourselves in both classes twice a day. (It should be noted that the math department was great!)

But, on one particular day *ahem* November 9th, 2001, I recall the math lectures being exceptionally amazing. (I remember the date, because it was my birthday.)

Both ever-present math teachers were out that day, for whatever reason. And…a SUBSTITUTE was called up from the minors!

(I won’t name names here, so no worries, if you’re worried.)

The math classes started as they normally would with DOLs on the projector/board. (I don’t even recall what DOL stood for. Is that bad?) Well, we completed them and then discovered that both classes were being taught by the same sub.

She was fiery. She was animated. She was a storyteller through and through. This substitute was.

We answered the math problems, and then she did the unexpected: she presented 2 cakes (1 was a giant cinnamon roll & 1 was a honey bun, I believe) in 2 separate classes, complete with a candle lit and a song provided for my BIRTHDAY!

Talk about taking the substitute roll to the MAX for #17 for me! She knew my birthday.

Well, we sang (or, at least I did on this occasion), and then, she started in on the stories. Somehow relating it all back to mathematics. I recall learning a vivid account of religion from the point-of-view of aliens, spaceships, and how they probably flew around (from this teacher’s estimation) unbeknownst to us during our day-to-day existences here on Earth.

Also, one of the resplendent lectures offered her future idea to ignite all of the billboards spanning north-to-south alongside a popular central Kentucky roadway!

**And Math was still taught and these stories were included. And I think everyone in both classes (for the most part) kept heads up and ears attentive during these travel accounts from the substitute.

It was a most memorable birthday, and others have paled in comparison to this one in 2001. I must say that aliens, vandalism, religion, and math all somehow found their home inside that 2nd floor of the Monticello Independent School system! It brings back an overwhelming sense of excitement about math; a subject I’ve not looked favorably upon since.

It all leads back to this: What’s your favorite moment in education?

Share on here, Facebook, or wherever! We love a good memory that links us to our past, present, and future. Let me know yours!