5 PHASES OF WRITING (in summary):

You shout, “This is the BEST thing since sliced bread! I LOVE YOU book! Go make it BIG.” (Click on picture for fun celebratory dance.) 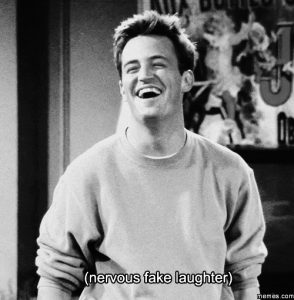 You say to yourself, “Where is that darn reply?” 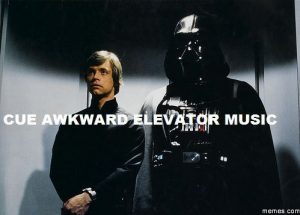 Publisher writes, “We’re sorry but this work just isn’t right for us at this time. We wish you the best with it elsewhere. Keep us in mind for future projects. Thanks.” 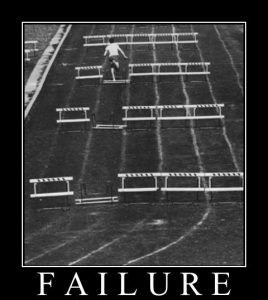 Phase 5: The Attempt To Stand Back Up.

Recover. Pick up the spilled milk. March on towards that next publisher, say, “Pick me!”

**All the while not walking with a limp. 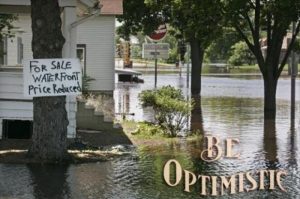 May your encounters be sweet in the publishing world this week! Remember: they’re just words typed on a keyboard – somewhere. Nothing personal. Keep at it! 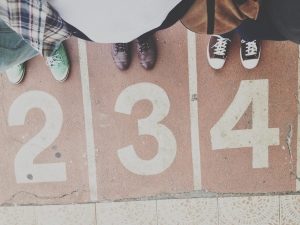 I had this idea in middle school that was umm…unique.

Call me a trend-setter. Maybe just a weirdo. Maybe 20 years before the hipster movement.

I had this innate desire to be as comfortable as possible in school. (Doesn’t everyone?)

Some were choosing to wear pjs to school and others were bringing in their Abercrombie & Fitch threads, but not this guy.

Looking back on it now, I obviously wasn’t choosing to win the award for most cool lad at school.

Simple. I was trying to start a trend that would’ve rivaled Gretchen’s attempts to make Fetch happen in Mean Girls. It was cool in my own mind, but in actuality, anything but.

See, I had this desire to throw down the fashion gauntlet.

…I wanted to combine flannel and mesh.

Yes. You heard that right.

Those two comfortable fabrics. Worn together and side-by-side. Flannel up top. Mesh on bottom.

It was born overnight. I remember watching Seinfeld and seeing George Costanza’s love for velvet, and his interest in being draped in the comfortable material. His lengths of wearing the stuff everywhere around NYC gave me hope for my quest.

So, the next Monday, I took a navy and goldenrod colored flannel shirt and navy mesh ball shorts and put them together. The combination was mesmerizing (to me).

I awoke early and was dressed before anyone else in the house could protest. (I thought my older brother would think this the best idea I’d ever summoned.)

I hopped on the school bus, rode the hour-plus distance from the country to the city, and tried my best to walk confidently into the gymnasium, before the bell sounded.

Entering the gymnasium, I felt a lump in my throat, but I swallowed and remembered telling myself that there wasn’t anything to worry about, because this was the best fashion-trend EVER discovered. Better even than George’s velvet idea.

It would become the hit of the 90s; the envy of all other students.

I rounded the corner and remembered the looks of my best friends. Their reactions were priceless. I remember the stares. (They were the longing looks of people saying: I wish I’d thought of that!

It should be noted that this was also occurring on the same day as a school photo. I had planned the reveal strategically of course.

So…the announcement was made over the intercom to make our way into the auditorium, and I did so hurriedly. (I had used Sun-In dye on the front of my hair, and it had taken on an orange/rusty yellow coloring from the night before.) I pushed up to the front of the 6th grade line and donned my flamesh for everyone to see. I actually remember the photographer doing a double-take.

I thought it was a look of pure envy. I’ve even made the picture guy realize where fashion could go, I thought.

My classmates, I realize now, didn’t put up a fight against my rush to get to the front of the line, because they knew something I didn’t.

I couldn’t really see how flamesh looked on someone wearing IT.

The pictures were developed and Jostens, Olan Mills, or someone delivered them to the homeroom class a few weeks later. I remember a few people elbowing me in the weeks leading up to the delivery and saying stuff like, “You excited about them pictures? I wouldn’t be,” and “How’s that new style going?” I realized their tones of skepticism, but I wish I’d looked in the mirror more closely and seen the fashion statement.

To put it bluntly, flamesh was a no go!

I got the pictures back, and I remember getting a huddle of classmates around me, shouldering for a glimpse at the awesomeness. And, it was…not awesome.

There was a small boy, orange cream sicle-colored hair, pointy teeth, and a confused jumble of clothes. The ball shorts and short-sleeved flannel stripes all kinda ran together. I was half smiling, half smirking like Chandler Bing. It was a look that said: I know this looks better than anything else…plus, it feels good.

The truly sad part of this adventure in trend-setting is that it really was the most comfortable outfit I’ve ever worn. But…the picture goes down as a monumental reason for why style isn’t everything. I still have that lesson-learned in a photo album back at home. It’s funny and somehow still able to trigger a vulnerability in me. George Costanza and I both learned a lesson in comfort and image.

Fla-mesh. May you rest-in-peace. You were 20 years ahead of your time, and the world simply wasn’t ready for you.

If you have pictures of a similar disaster, feel free to share them with me. It could be a great laugh together! 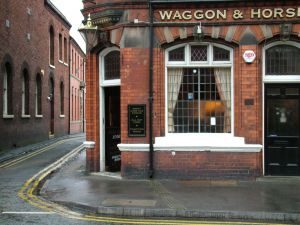 The innate desire to belong somewhere (to something) is universal.

I love shows such as Cheers where there’s a sense of ownership in a place. The crew that hung out in that Boston pub had a real bond. It was a place where they all congregated and rehashed what happened in their daily lives.

I know, I know. It was a show. Much like Seinfeld, Friends, The Office, How I Met Your Mother, the list goes on and on. But, the premise was always the same in each show. Friends doing life together and enjoying the accompaniment along the way. It was never solely focused on the work the characters did or the successes they experienced professionally. Instead, it was always focused on the relationships they held and the memories they formed.

But, like the shows, people want to feel as if they have places where they can truly belong. I find myself searching for awesome places to hang with friends even now. Whether it’s driving to The Growler in Chattanooga and watching a game with a buddy, or, making a pit-stop downtown at Burn’s on a Thursday. I’m learning that loving people and having a strong sense of place is important. Is there a favorite spot where life seems to slow down (or, speed up) and provide some amazing memories for you?

Here’s to a nice 2015 of finding “the spot” where you and some buddies can meet up and take in the scenery. If you are in the Scenic City sometime, give me a call and we’ll drop by The Terminal or something. Life is too short to not have camaraderie.