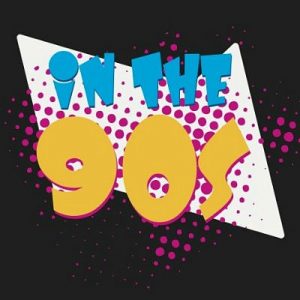 I’m a 90s child. Don’t really fit with GenX and don’t quite enjoy the label of Millennial like a lot of my peers. But…I do embrace the pop culture of the 90s and all of its wonderful slices of nostalgia. I’m going to list some of this awesomeness below, and I’d love it if you could join me in a.) reminiscing, b.) realizing what an oddball 90s kids really were, or, c.) embracing a childhood you might’ve never had but now wish you did, as a result of this terrific era.

Walked: with a cassette Walkman strapped to your belt loop (my cassette of choice was The Rembrandt’s LP (yes, the band that did the Friends theme song))

Ate: at Pizza Hut for parties, played arcade games, and garnered Land Before Time puppets while devouring The Bigfoot pizza

Read: books because BookIt existed and the prize for reading a lot of books was a free personal pan pizza from Pizza Hut each and every week….EVERY week (see above)

Traveled: with a Game Boy that only offered games in black-n-white colors and only lasted until the Duracells ran out

Sang: the theme song of Reading Rainbow even when there wasn’t a TV anywhere around (didn’t matter) Where is Levar Burton these days?

Believed: “The truth was (really) out there” thanks to Mulder and Scully

Still turn your head: when you hear ducks quacking and think of Coach Gordon Bombay…Emilio!

Don’t: ever want to see a Ring Pop ever again!

Are OK: with “living in a van down by the river”

Paint: with the voice of Bob Ross echoing inside your head

Look: for the Daily Double no matter what board games you might be playing

Still look for: Slime Time as a portion of Nickelodeon’s broadcasting efforts

Legitimately: miss birthday cakes and cookies (the shortbread ones) from McDonald’s earlier years

Perform: all of the Robin Williams voice overs in Aladdin

Saw: Home Alone 1 in a theater and dreamed of coordinating your own attacks against The Wet Bandits

Memorized: Coolio’s “Gangsta’s Paradise” just in case it was requested at a rap-off

Remember: who Sisqo was. what song Sisqo sang.

Know: what Napster is. Was.

Owned: a fisherman’s hat, not for fishing, but to be legitimate

Favored: R.L. Stine over anything else in the library

Hated: the sound of dial-up Internet but knew it would work most of the time

Screened: phone calls on the ‘home’ phone thanks to No Doubt

Drank Surge: because you weren’t supposed to (P.S. it’s back!!)

Heard the words: “Finish him” even in your sleep

Owned: Walkie Talkies to converse in the yard with your buddies

And last, and certainly not least–

Witnessed: Crystal Pepsi and the end of the 90s

If you want, you can join us if you don’t have this terrific decade to call home. If this scares you at all, I recommend sticking with the memories that were made for you elsewhere.

Regardless, we 90s folk know that it was a beautiful marker in this fine country’s history. If only we could latch onto more wonderful (excluding Crystal Pepsi) ideas in the future, we know the next generation will be in good hands as well.

Take some time and reflect on a decade that still feels like it encapsulated so much more than just 10 years. Add some shows on Netflix and relive the awkwardness. I still can’t believe I had as many Super Soakers and Nerf guns as I did.

2 thoughts on “Did we have the same childhood?”