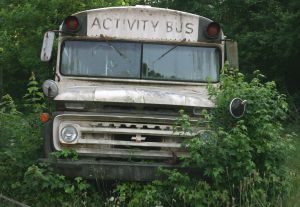 Think of your favorite road trip.

Do you have yours?

Not a vacation. Not a pre-set engagement. Just a “get-in-the-car-and-go” moment.

Mine happened in the Spring 2007. March. (I remember, because it was 2 months before I got engaged to my beautiful wife.)

My buddy, JT says: “We should go somewhere.”

My pal, Danielle confirms, “Somewhere with a beach.”

This was the extent of our plan.

So, we embarked South on I-65. No beach criteria other than it’s warmer than Kentucky, in March, and there were some good times ahead.

JT’s Mercury Sable shook intermittently, as we drove sometimes above and sometimes below the speed limit.

We made the coast in record time.

What beach? We’d thought Gulf Shores, but discovered Orange Beach was, in fact, this one.

We were ecstatic to hit water!

The skies were dreary, but our moods wouldn’t be controlled by some foul weather.

We RAN to the water. Our plan looked to be a success. We figured 3-4 days at non-Gulf Shores would be just the trick for our poor, post-Winter, pre-Spring blues.

The skies…did I mention they were dark? Well, they were.

The water was FRIGID!

I remember Danielle had a really awesome camera. She thought JT & I were crazy for risking our necks in barely above freezing water.

Not only was the water almost frozen, but the coastline was empty. It was JUST us. The 3 amigos. (Adam and Lindsey had been too cool to join us in no-man’s land, this time.)

The coast looked like the set from the Cormac McCarthy novel-to-movie adaptation of “The Road.” There was nothing but rough waves, and we yelled to try to hear one another.

JT did something I’d never seen him do. He swam farther out…(Jo Carol, if you’re reading this, please know that I would’ve done my best to save him, had he drowned.)

Yes. JT, the doctor, swam farther out to sea in 40 degree-Farenheit water. I did the only thing a best friend should do: I followed. Plus, I had an ego the size of Texas and had been growing a Jesus beard and couldn’t be out-done. So, out we went.

Danielle snapped pictures and watched from an ever-increasing distance. Our ill-planned trip was all right, if you didn’t count the hypothermia, and “water-so-cold-it-burned” component. But…

The waves pulled us out farther. JT didn’t seem to mind. I noticed the swift current and started to resist. (Again, my Texan complex should not go unnoticed.) Well, the waves were winning, and I couldn’t just LET them. So, I resisted.

JT seemed to wait for the waves to crest at just the right moments and eventually, he decided to “tuck-tail-and-surf” back into the mainland. I tried to follow, but the rip current caught me and pulled me out farther. The timing was off. I was only about 3 feet behind JT, but it resulted in a constant drag outward to sea. I fought mother nature, and she won. I was so tired, I started to think I wasn’t going to make it back. I began to think “Great. I don’t think I even told Mom where I was going,” and started to panic at the turbulence.

When I looked up and saw JT almost back to Danielle on the beach, I decided I couldn’t let THIS be the end (ego rejoined). This was life or death. Orange Beach couldn’t be the end.

I swam as hard as I could with each swell, and even kicked through the rip currents, until finally I was pushed onto shore with a burst that drove me into sand. JT and Dani looked down and hadn’t noticed how much I’d worked to not die. They hadn’t been able to see my panic. (Truth be told: it’s the closest…2nd closest…I’ve ever come to dying.)

But, we survived our first rendezvous with Spring Break.

Fast forward to dinner that evening. (We’d placed our bags in some hotel that had availability. Actually they all had availability. Apparently, Gulf Shores, Panama City, and Pensacola were the Spring Break hot spots. Not Orange Beach. So lodging had been no problem.) At dinner, we found a nice seafood restaurant and JT ordered gumbo.

I remember the gumbo, because Danielle and I had commented on New Orleans and made small talk with the waitress. She’d gone on to tell us that Orange Beach wasn’t usually too popular during this time of the year. We added bits and pieces to the conversation about where we were from (small-town USA, Kentucky). She admitted that Kentucky was a place she’d always wanted to visit. The rain kept falling HARD against the metal roof of this establishment.

Her comment about this not being a touristy destination didn’t register right away with us.

Danielle had said, “With this being so close to Gulf Shores, AL, I figured there’d be more people over here.”

The girl had re-filled our waters and nodded. “You’d think that, but I meant because of the storms, and the weather.”

The girl nodded again. “Of course. It rains a ton. Thunderstorms when there’s not hurricanes. But, I didn’t mean just the weather. I meant what the weather brings with it…” she trailed off.

We just stared at her. Waited for her to continue.

“The sharks,” she said matter-of-factly.

None of us spoke. JT finally piped up, “Sharks? C’mon.”

“Seriously. The bull sharks. They come up close during these thunderstorms and feed close to the shoreline.”

Danielle looked at me. “But, they’re not that dangerous are they?”

The waitress went on, “Only the most. They’ve attacked a few people just a few weeks back. That’s why they’ve asked people to stay away from the water. Until…it clears up anyways.”

“You’d have to be insane to be out there in the water. If the waves didn’t get you, the sharks would.”

“That’s why the beach was empty,” I said out loud. “That makes sense,” I tried to laugh, now in a cold sweat.

“You all weren’t in it were you?” she asked.

JT shook his head yes and told her we had.

She called us N-U-T-S and told us we were lucky to be alive.

The remainder of that impromptu road trip was spent watching it rain, singing random songs the 3 of us knew, and playing frisbee against some tropical winds.

Safe to say, none of us swam the rest of that trip. We were alone on a beach without any traffic, any commitments, and plenty of bull sharks watching us.

JT looked for the fins poking out of the water. I worked on my Jesus beard. Danielle (camera amateur-turned-pro) took phenomenal pictures of the storms raging power.

It was a road trip unlike any I’ve ever had. Do I miss Orange Beach? Not at all. But, would I delete that memory and the dangerous elements of that trip? Not in a million years.

It was a season I’ll not soon forget. Thank you for the adventurous camaraderie guys!

4 thoughts on “Best Road Trip Ever!”