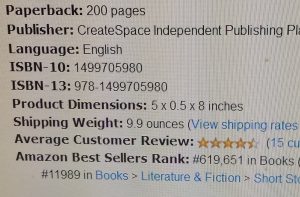 It’s been a year since its debut! The story collection I never imagined would see daylight..let alone printing presses. (It went to WASHINGTON, DC, at one point, Thanks to Matt Smith and the Marine Barracks, and their private library there. I never imagined real heroes would be reading it. EVER!) It’s been a crazy process, and I admit it’s been a BIG learning curve. From where to submit stories to what types of writing conferences to attend, I’ve learned A TON. And, I still feel like a novice. 🙂

Thanks to Leah for remaining patient with my trips to South Carolina, Georgia, Alabama, and coffee shops around Chattanooga. I’ve tried to motivate her with, “Hey, one of the future novels will take place in the fictional town of Seton, Kentucky.” I’m not sure she’s convinced, but if you see her, tell her to give it a chance in 2015, 2016, 2017, etc. How ever long it takes, I guess. (*insert nervous laughter*)

Thanks to Leah, Nathan Davis, and Lindsey Frantz for taking a look at this new idea. It consumed a good chunk of 2014-2015, and it’s still undergoing changes, but I’m optimistic to do something with it before the year’s end. While my tentative title isn’t nearly as clever as Russell Helm’s Sprinkle Cheese (to be released later this fall as The Ground Catches Everything), I still hope you consider reading my work, Beef Jerky for All, when it’s published.

Similarly, the 2015-2016 (and newest) project is underway and gaining some steam. It doesn’t have a witty title yet. (It’s the Seton, KY revisiting…and I hope to complete its first draft this summer. We can all make Christmas wish lists, right?)

I write all of this to say, Thank you again for the support–lovely readers. Readers of this blog. Readers of anything I’ve sat down to try and muster up the courage to complete. Prayers appreciated for the journey ahead. It’s exciting and daunting all at once. Like a deep dish, meat lover’s pizza from La Rosa’s. It’s beautiful and scary all at once. You have to dig in and burn the roof of your mouth. Because you know…it’s worth it.

God bless you this week! 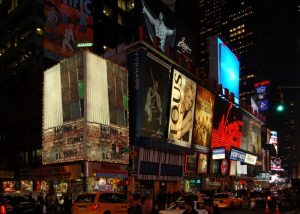 My classmates had been subjected to my antics for the better part of a decade (see previous post titled, Flamesh). Our school (RIP) was a K-12 system with everyone in the same building’s infrastructure. I graduated with less than 50 peers.

We all knew one another.

Favorite foods, hobbies, nicknames, played sports together. It was a close-knit family moreso than an awkwardly large high school that you see in Class 3 through whatever number they go to now (5, 6, a bazillion). It was a great time. Imagine a school-setting where the student body was so close there really wasn’t room for the term clique to exist. Pretty amazing, now that I look back on it (and us being teenagers)!

So we took this trip (like every Monticello HS graduating class before us had done). We rushed onto a charter bus at the high school and departed for a week’s worth of adventures from southern KY to Washington DC to NYC. Our already close group learned every more about one another. Inside jokes were common knowledge on that bus. Assigned seats were non-existent, because everyone sat beside someone different at each stop it seemed.

In Virginia we goofed about Virginia is for Lovers signs. In Washington, DC, JT and yours truly were left behind at the Robert E. Lee exhibit. Then, we caught up to our bus, and we made it after another day or so to NYC.

Times Square, THE Howard Johnson cafe, and Broadway. The sky was the limit for us. The Milford Plaza was a beautifully maintained, older hotel situated right alongside Times Square, and we could just round corners and be in some other really exciting street, in this amazing town in seconds.

I remember many of us broke away from the pack and reconvened in Brooklyn for the Yankees game. I vividly remember sharing a frightful cab ride to CBGB’s (again, RIP) to see where the Ramones once played.

Then, we eventually came to week’s end and the return trip back to the land of plenty–Kentucky. On the departure from NYC, I had been savvy enough to drop in at the Virgin Record Store and pick up a VHS cassette for the trip home. (The on-board movie experience had been lacking on embarkation, and I wanted to remedy this. A VHS in 2003? I know, but it was the charter bus’ limitation [not my own lack of technology prowess.])

So, VHS in-hand–a Jim Carey flick, I booked it back onto the bus, and we headed to Monticello. Simple story, right? Nothing life-shattering about this.

I remember the excitement surrounding the option for a “new” movie. My classmates urged the senior sponsors on the trip (again, small school, so, sponsors were my own baseball coaches, teachers, and everyday mentors at church), and the VHS was pushed into the tape deck. And, I was equally excited…

Then, the movie started playing.

It was Me, Myself, and Irene.

Do you remember that one?

I surely didn’t, if I’d seen it before this moment. I remember getting nudged by my buddy, Adam, and him saying “Don’t you remember what’s in this one?”

And I just cleared my throat, and said, “It’s Jim Carey. It’ll be funny.”

He just said, “Oookay” like he knew something I didn’t, and it didn’t sound good.

The movie was rated ‘R,’ and it had some questionable stuff in it, but what made this til-the-day-I-die awkward was, again, our closely-knit group.

Have you ever wanted to be a good example?

I’m sure you have.

Have you ever felt like you let others down?

On this bus, I remember the movie firing up, and having 23,000+ uses of the F-word, salacious content involving Jim Carey, and I must add that the movie’s content paled in comparison to the looks people were giving on the bus.

First off, I remember my baseball coach, asking pretty loudly, “Who would pick such filth?” for the entire cabin to hear.

The movie played on.

It should be noted that also on this bus trip was my English teacher/youth leader at church/mentor/respected member of the community, and….his 10 year old daughter.

Yes. Dagger into the heart.

The movie played on, and a few more scandalous events happened.

Again, baseball coach stands up, “Who would pick such filth?” And then yells for the VHS to be “STOPPED!”

At this point, I’m past the pointed of baffled/startled/embarrassed. So, I do the only thing a man at the end of his rope can do…I played dead.

Coach walked up and down the aisles begging for the culprit to come forward. He asked everyone, “Who did this? It’s okay if you share it with me. They need to be talked to,” he said.

Surprisingly, my amazing friends stuck to their guns. I had head down, resting on the seat cushion, and I remember my eyes were pinched shut, trying to will Coach away.

Alex nudged me and I “woke up,” and I said in my best, concerned voice to Coach, “What’s the matter? What happened, Coach?”

He could see I was sweating; he wagged his finger in a “Follow me” gesture to the front of the bus. I stood on shaky knees and obliged him.

I looked at my English teacher as I passed him (and his daughter’s seat), and he didn’t make eye contact. Still to this day, I’m apologetic about the “Me, Myself, and Irene” experience. It was truly a sad, detrimental day.

But, I hope some can now look back on it and see, just how wonderfully awkward life can be. Especially the teen years.

Have you had anything so horrific happen to you that you played possum, or, faked being alive?

That trip to NYC was a great bit of closure to a wonderful high school experience, and even though it had its blunders, I wouldn’t trade that group of people, in that place and time, for anything in the world. 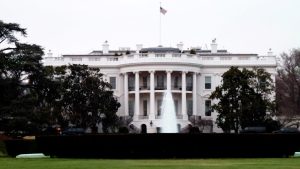 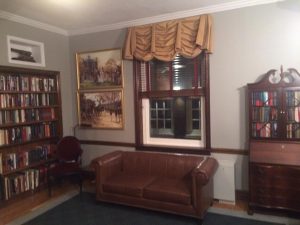 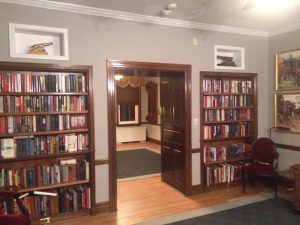