(LOOK AT THAT GIANT EGG! It’s so hot out there you could fry an egg on the sand!)

Call it a heightened sense of awareness brought on by less structured Summer months – with more time to think and whatnot – but these things have registered (and brought on conundrums) this year. See if your list and mine share any similarities. If you’d like to comment, please do so on this page. I believe, we can have a civil discussion about this list (except #2. My mind is made up on that one!).

Here they are. My 8 Things that Baffle Me (in no particular order):

1.) Why GoGo exists at all (Do we really need high-speed Internet a mile into the sky on some flights that only last 45mins? Can I go without sending that text, watching that movie at least that long? I pray so.)

2.) Banana hangers (Bed Bath & Beyond sells them by the truckload. Guilty: I own one. Does my banana need to be tricked into thinking it’s still hanging on a tree in Ecuador? Is it good to ripen all of the bananas at once? Won’t we just have to eat them even quicker? Hey! What are all of these gnats doing around my bananas. It’s that darn HANGER I bought. Well played, BBB. Well played.)

3.) Disney World (and its presence towards the consumer, the crowds, the Orlando-Kissimmee St. Cloud-I-75 mess, the mice. See you at Harry Potter world this fall?)

4.) Nicki Minaj (a la the majority of music created in the past 5 years. Is Taylor Swift country or isn’t she?)

5.) Why sunscreen burns the skin (Isn’t it supposed to protect us from burns?)

6.) Roundabouts (saw someone going the wrong direction in one earlier this week and…well.) 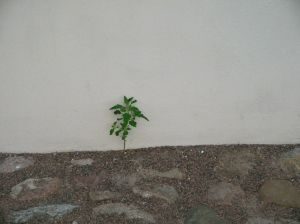