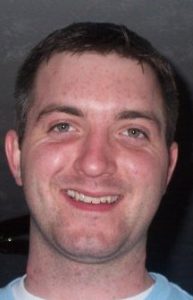 I was informed of his departure from this world on Friday.

As friends told me, and I tried to digest this information, it took some time to wrap my mind around what the world loses and Heaven gains when someone of Jason’s caliber departs.

I want to pause and reflect on a classmate who was truly kind each and every day I knew him. Truly.

Jason was a soft-spoken, mild-mannered guy who tried his best at everything our school offered.

While we didn’t have a lot of resources or the mobility to travel the globe during our 4 years in southern Kentucky, we all learned to grow as close as classmates could in a high school setting.

Suddenly, you realize your classmates are more than just that label. For us, it even went beyond the term ‘friend’ to some other label that might not ring true, but I’ll try to describe it.

At Monticello, we were involved in every academic and extra-curricular club, because that’s what there was to do. (We were too small to field a football team, but we took the talents available and had baseball, basketball, golf, etc.) We were almost like extended siblings to one another rather than classmates, because we spent so much time together.

Jason played pick-up games of basketball in the gym with me from 6th grade to graduation. We took part in after-school “open gym” games, and he even made a point to play “Bump!” or, as most of the rest of the world calls it, “Knockout!”

But, it wasn’t that he always played (or, joined these activities) that sticks in my mind. It was his demeanor in all of it. Again, Jason was even-tempered, reflective, and I guess the best description would be a “Southern gentleman.”

He didn’t get caught up in the shenanigans of high school or lose control when tempers flared. I vividly remember a moment when I was losing my cool in a game of 3-on-3 (as I often did), and Jason collided with me, and it was my fault.

Did I apologize? of course not. But, his reaction was terrific. Later, when I’d calmed down, I asked him how he could be so together, even when I was breathing down his neck like a bull.

He smiled like only Jason could, said, “Philippians 4:13. I can do all things…through Christ who strengthens me. I tell myself that and it calms me down. Plus, I just know you.”

I tried reminding myself of this verse, Jason’s actions, in future games/future conflicts, but I forgot a lot of the time. What I didn’t forget was how consistent he was, at a time when we were all kind of like loose cannons.

Hearing of Jason’s departure this week, I can only remember him from these instances. Through and through a classy guy. He loved the Colts and has a beautiful young daughter. My prayers go to his family during this tough time, and I won’t soon forget the demeanor he possessed, even in our youth.

He’s a great testament to our hometown, and Jason is someone I want to continue to be more like. He did what so few of us have done and that’s exemplify the phrase: “actions speak louder than words” Glad he’s seeing that strength up close now. Forever.