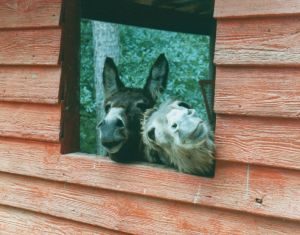 Not but a few weeks after that “Me, Myself, and Irene” experience in the summer of 2003 (see, Playing Possum), I had the chance of a lifetime…
To go to Brazil!

Imperatriz, Brazil. Population 250,000, and the second largest city in the Maranhao state. Its hottest and coldest months both occurring during what are our summer months here in the States. It was a truly tropical experience complete with Amazonian rainforests, cave iguanas, and a few pythons along the way. (I still can’t believe that tour guide didn’t tell us about one he saw, while Allison was injured. She definitely would’ve been the weakest link had things gone awry.)
Anyways…this was more than just a luxury trip.
It was a trip with a purpose. No one on the team had taken it lightly. Its duration was 2 weeks from beginning to mid-August, and most importantly, it was a mission trip. (I’d even been blessed enough to have someone support my costs for the trip and pay my way for it!) So, there was great focus within our team going into Imperatriz with willing hearts.
—
We arrived in Brazil, and it was hot! But, hot in a good way. Have you ever experienced a good heat? I know. I usually hate hot temperatures, too. But, I can safely say this was the first (and only) time in my life where the temps climbed well above 90-100 F, and the sun baked a person rather than microwaved them. There was coconut milk served directly from coconut vendors and plastic straws poking from the tops of them.

There were tarantulas just chilling on the park lawns where couples looked longingly into one another’s eyes unconcerned. (I was educated that big spiders to us were just babies to Brazilians and harmless if left unbothered.)
Then, we met the people. The Brazilian people were the BEST! I can say that, because I grew up with some of the nicest folks in the entire US in southern KY, and I’m being honest. (No offense Mom!) 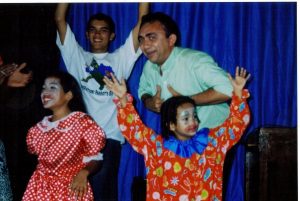 Brazilians were happy about everything. As a culture, they hugged. You couldn’t be introduced to someone new without expecting open arms to receive you. It was something we all (even the most reserved of us…even though most of us were pretty outgoing) grew accustomed to by the trip’s end.
We returned hugs, laughter, and smiles. The Imperatriz village– where we had revival–accepted us every night for testimonies and sharing our life stories. It was a tremendous blessing. (Remember, I had just survived NYC, the VHS incident with my old Coach, and my letting one of my mentor’s down, see Playing Possum).

Then, my antics returned. I lost my head.

Maybe it was the 100-degree heat, or, JT waking me up with his humming in the middle of the nights in our hotel. Maybe it was the authentic Passion Fruit juice that we all drank before heading out into the villages each morning without knowing it was, in fact, a sedative. (That would explain the concerned looks that the locals gave us at breakfast time each morning when we drank it by the gallons.) Maybe it was the beans and rice, although I highly doubt it. I loved all of it: Brazil. Even the steakhouses. Especially the steakhouses!

But, no, it wouldn’t be something that objective.
It was simply my ego.

Do you have one of those?

Sure you do. And I know it’s not always as weird as the Freudian label it wears. Plain and simple…it’s one’s self, one’s awareness of self and its comparison to others.

Well, I thought I was doing fairly well with my self/ego/what-have-you, when I discovered that the Brazilian’s altruism and compassion seemed to be unending.

As others would return from the villages and share the updates of their talks with families and bonding and witnessing, I would keep hearing locals talk about how similarly me and another in the group resembled the locals’ favorite US pop artists at the time. (It is important to state that Brazilians loved US pop music of the 80s and early 90s variety, and it was still basically current to them in 2003.) And, a large part of our mission held singing and skit components, and I vividly remember us walking back to the tour bus…like the Beatles or something and kids shouting at us through the bus windows.

They yelled things at Jennifer in our group, and we finally understood they were chanting “Amy Grant! Amy Grant!”
to her.

They pointed at me, and again, the ego took hold of me. Unlike Jennifer, I didn’t quite resist the urge to wave and remain on the bus. (That would’ve been too sensible, remember?) So, I listened to their chants and I heard, “Justin! Justin Timberlake!”

Without knowing what I was doing, I was back off the bus and waving like an ignoramus at the kind, affectionate crowd.

I still remember our preacher’s soft, reaffirming word in my ear, as we re-boarded the bus that day, “Brian. Remember why we’re here. OK?”

I heard him. I mean, genuinely, I did. But, I couldn’t turn down the fans. Right? I was too naive (no, immature fits better). Even later in the week, while Jennifer took the high road, I kept on pursuing my fame and not-so-much fortune. I answered to their calls of “Justin!” and even sang a few NSync songs for the kids.

The real clincher in this whole charade. Worse than the pretending to be a celebrity, egging it on, and not following Jennifer’s lead the first 15 times was the final reminder.

We’ll call it an eternal one for added emphasis.

And what do I find but a picture of my buddy, our preacher, and me all smiling. Then, I see that it’s been developed using an even cooler feature of 2003, the panoramic photo feature. So, off to the side of JT, a boy he’d just led to Christ, and Coy, you see me. –> A goofy sticker stuck (for some reason to my face), a big cheesy grin, and an ink pen in my hand.

What am I doing you ask?

On our mission trip.

Where countless decisions were made inside those 2 weeks that were life-altering for friends in Imperatriz and JT took this picture as a memory. And you have me putting my John Hancock on a card to a small boy who undoubtedly thought I sang “Bye, Bye, Bye” for a living.

I look back on this knowing that JT and I have laughed about this picture 100s of times. Not because it’s something that should be encouraged, but because of how much we (and yes, I) didn’t know about life. Clueless. The picture still rests on the mantel above the fireplace at home in Monticello. Mom displays my highlights and lowlights alike. And, I love her for it.

If you encounter praise or shame, and I know most of us could already fill several books with our experiences thus far, let it be what it is, and work through it. I think of that picture and laugh every time. JT doesn’t find it quite as funny, but he still laughs.

To: Justin Timberlake, you have my sincerest apologies for impersonating you during the summer of 2003.