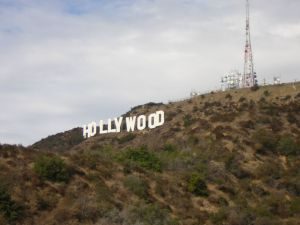 Want to know something?

I don’t enjoy superhero movies like I used to.

This may come as a surprise since I watched the newest Avengers movie (Age of Ultron) just yesterday. I’m a walking contradiction, but, I find the Marvel universe largely watered down and the CGI effects a major cop-out.

In the last few years, I’ve watched almost (almost) every movie with a Captain America, Iron Man, X-Men, Hulk, Thor, Spider Man, etc. reference thrown in since 2000, and I find that only about 5% of them have been solid from start-to-finish. (See: Iron Man 1, if you watch just one.)

For me, the “green screen” effects take over and replace anything remotely similar to a real set design. (I no longer ask “Where was this film, well, filmed?” because it’s irrelevant.) Age of Ultron, was very well directed by Joss Whedon, hear me out, but you could tell there wasn’t a real danger to any one character, anywhere, within the plot that felt life-like. (The relationship that blossoms between Natasha and Banner might be the highlight of the film, and that’s saying something for a series based chiefly on large-scale battles.)

In his article featured recently in Grantland, the author, Mark Harris, delves into the styling debate of CGI versus stunt performers and “real” set designs, industry trends, and absence of concrete visuals in Hollywood today.

Where did the set go? The real landscape? What Harris calls “Artisanal Macho.” Middle Earth aka New Zealand?

Was it the cost that sent the option away?

I can say I appreciate a well-designed “place” over a screen any day, but the storyline must still be THERE.

Most of the beauty in Mad Max was the design. Even though, I felt the relationship between Max and Furiosa start to blossom at times.

What do you look for in a film?

Aesthetically pleasing landscapes and real relationships between characters – are they both necessary? I would argue yes. For a movie to truly be great.

I believe that both are possible. But how to do both, when the industry only seems to promote blockbusters with one or the other? There were billions of dollars to be earned on Michael Bay’s 4th installment of Transformers (something about robot dinosaurs). But what about movies with loftier goals? Should they only aspire to be arthouse films? Sundance honorable mentions?

Today’s moviegoer seeks entertainment above all else, it seems. They might pick Pitch Perfect 2 over Mad Max in its opening week. (Maybe Pitch Perfect 2 had amazing cinematography and character development both, but I doubt it.)

Storyline and world-building were top-notch.

Only when a director and crew go 2-for-2 with story and set can a movie rise above the mediocrity that comes at us each and every summer.

Here’s a cool story about the legacy of a real Hollywood crash site used for the movie The Fugitive, and how the physical location is still a tourist destination today. You won’t find any green screen destination on a map.

Have you watched any movie lately and thought it gets it right on both levels? Just an amazingly good story and a visual treat to watch?