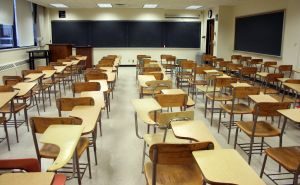 That same summer–which brought me NYC and Brazil mission-mindedness–was the one where I went to college.

The name had recently changed from Campbellsville College to University…signifying as it does for all colleges…that it had hit its stride. The label “university” was a Welcome to the Promised Land sign. (Since that day/time, it has doubled in size as a university.)

So me, Adam, and JT arrive in Taylor County, Kentucky. The 3 amigos hit the ground of post-secondary education running. We felt that life would never be the same after moving out of our hometown.

Gone were the stigmas (and embarrassments) of high school hazing days. Before us, were the Spring Breaks, Education Abroad, and Dean’s List opportunities.

Oh how I love anticipation of things that are new!

But, where my academic route varied from theirs was my inability to choose a major. College is keen on a 4-year plan. Right?

Motto: Don’t switch majors more than once. I’ve not shared this publicly before, but the pressures to pick something out (and FAST) were overwhelming for me. So what I did next reflected nicely on my academic profile: I majored Pre-Med.

Yep. Nothing says I don’t know what the heck I want to do with my life like declaring Medicine (and 8-12 years of schooling) like majoring in something that specific. Ironically, JT really did major in Pre-Med alongside me, and he completed his studies in 2012. I’m proud of him. Similarly, Adam majored in Music and still teaches percussion present day.

I was an atypical college student.

My scholarship was in jeopardy due to my Calculus, Biology ensemble that Fall 2003 semester, and I discovered my only enjoyable courses were English and social sciences.

Gone were the dreams to pursue “Renaissance Man” interests that high school had afforded. Be good at everything! was a phrase no one was using anymore, it seemed. Ben Franklin did it. But, he’s no longer living. My grades suffered due to lack of interest and the accelerated curriculum each week that term.

My scholarship looked to be in jeopardy. I longed for Brazil and the miracles we had seen down there. We were attending a Christian school, and I longed to be elsewhere, because I didn’t feel connected to the real world. Ironic?

Pre-Med. was Pre-destined to Fail.

So…guess what I did following those Dog Days of Summer?

In the Fall 2003, I applied to transfer to UK. (No. Not the United Kingdom…even though I have ancestral connection to that region of the world.) No. I applied to the University of Kentucky and was accepted at the mid-point of my Freshmen year.

Just like playing “Me, Myself, and Irene” to a large crowd of peers I respected (see Playing Possum) and seeing a panoramic of me signing an autograph at the least opportune time in Brazil (see Mission-Minded…Eventually), my decision to leave what I knew and pursue a not-payed for, undeclared major, at a school larger than most Kentucky cities, with no clue where anything was at geographically was tough to put it mildly.

I didn’t know what I was doing. Beyond the fact that I was pursuing a new start at a largely secular school and leaving behind a strong godly campus where the slogan was, I kid you not: Find your Calling! I tell others that I did, but I did it elsewhere. And, I don’t say it facetiously either. I mean it. The decision to transfer was God helping me discover my path…and it didn’t happen where I thought it would…and that’s okay. Even though, I hated leaving behind what I knew to pursue it.

Mom was patient. She saw me return home 15 of the 16 weekends that semester. She knew the scholarship wouldn’t transfer. I was going from private-paid to public-owed overnight. Still, she supported and said, “I want what’s best, Brian, and I know the cost will be worth it.”

Fast-forward now to today, I see the purpose more now than I used to. (I no longer roam the dorm hallways with an aerosol can spraying peoples’ wardrobes, crumbling muffin crumbs in JT’s bed when he wasn’t looking, or, wrestling with ghost stories about people being shot in our old, spooky residence hall…I try not to anyways.)

Instead, I can see the transfer as one of the most difficult (and rewarding) decisions of my life.

Did I figure everything out overnight? No.

Did I pick a major and stick with it? No again. I think I had 6 total from start to finish and ended up double-majoring.

Did I have it as easy as before the transfer? You see where this is going.

Paying for it out-of-pocket and moving into a world where I didn’t know my freshman roommate’s name was terrifying. (I still remember Police tape saying “Do not Cross Line” stretching across the room that would become my first at UK.) But, I learned A LOT about perseverance and myself 2004-present.

I met my future wife in the dorms. My brother helped me mature during those remaining college years. And, I met a lot of great people along the way. Summer 2003 was crazy and Fall even crazier. But, I wouldn’t change any of the outlandishness at all. The headache came and went. So did Calculus and Pre-Med. and zip codes and DiGiorno microwavable pizzas. 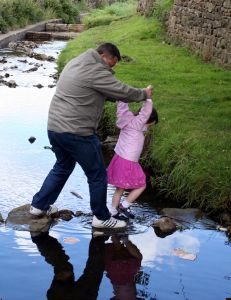 Now, I look forward to 2015 with its twists and turns. God provides steps, and sometimes I see them and sometimes I go off-course and wade through the muck. Sometimes the muck helps me appreciate the steps even more.