You see where I’m going with this?

Oh, yes, there it is again. I wanted to ask you something…

How do you balance electronic media with everything else?

I love paper books over ebooks. (Don’t tell anyone, especially my Kindle. It gets jealous.)

It’s difficult to do 3 things at once. Have you tried to read books, watch Netflix, and discuss “the real world”? We have at our home.

I’m not gifted in the multi-tasking arena, and for anyone that knows me, they are probably shouting in agreement right now.

Stop shouting at your computer. Okay. Scrap the first question. Here’s the REAL question, because media isn’t going away, and we are all learning how to deal with its many blessings (and detriments). The question is: What’s the Movie You are MOST Excited About in 2015?

Any movie. Any genre. You won’t be ridiculed, questioned, or forced to walk the plank. 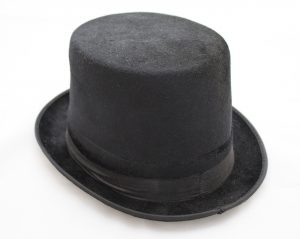 Not a word that gets thrown around as much in 21st century living as it did a few hundred years ago.

Imagine the streets flooded with men wearing top hats and tipping them at passersby to show their acknowledgement and respect for other forms of human life–not just their own.

The act of holding open a door so that others might enter before oneself was a thoughtful gesture but also a sign of dignity and valuing others.

The golden rule: Do unto others…as you’d have them do unto you.

Politeness was a sign of good decorum. It was reflective of good breeding.

Nowadays, when I think of the word etiquette I immediately think up images of where the salad fork should rest in formal dining settings, and where a server stands while pouring drinks for restaurant patrons.

This isn’t really the context of etiquette that I wanted to discuss. But, I’m sure there’s a right way to eat with 3 different-sized forks, if the situation requires it. (Let’s save that conversation for another time.)

I want to just think about the word holistically, and what it used to mean in 1750, when it was derived from the Old French word estiquette: “prescribed behavior” or, just plain, old good manners.

In the southern US, etiquette often became ingrained with societal rules and conventions, and these weren’t necessarily bad things. Sure, the styles of dress, usage of proper English, and day-to-day etiquette were reflective of a much different US, but the overarching message was still the same.

The golden rule applied then like it does today, 3/2/2015. People still love to have doors held open for them, elevators halted, and places in line saved. Regardless of whether someone is wearing a top hat and 3-piece suit or UK ball cap and blue jeans, the hospitality (and heart behind it) is what matters most.

It’s true that a top hat is a lot of fun, and I pray everyone starts wearing them in 2015 like they did in the past. But, I think a person’s heart is still intact in 2015, despite our change in dress and lifestyle. We might not look as good in our day-to-day functioning as our forefathers did, but we haven’t forgotten our etiquette altogether.

The French got something right in 1750 when they pointed out this trait and gave it a name.

They’re not something that should ever go out of style. Whether you choose to play on your cell phone while walking out into a busy intersection or forget to wash your hands at a greasy buffet, common sense still applies today.

Ask yourself: Am I hurting others with my actions? Think of that golden rule and ask: Would I do this to myself? Truly? Or, am I treating myself as being better than others?

It might make someone else’s day all the better, if you treated them like a king or queen. It will definitely make yours that way.