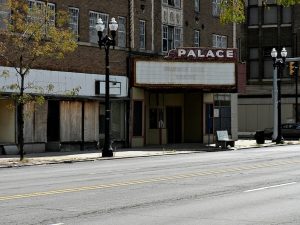 Clint Eastwood is 84 years old and going strong. I watched American Sniper a few weeks ago and realized just how firm a grip he still has on directing a well-formulated film (true story or not). In the case of American Sniper, he really keeps the viewer engaged from beginning to end.

Another lesser known gem of Eastwood’s is the 1993 film A Perfect World starring Kevin Costner, Eastwood, and Laura Dern. Did you see that one?

It’s the one where Costner, aka Butch, plays an escaped convict that is pursued by Eastwood (Texas ranger) and befriends a boy, Phillip. The tone is amazing, and it is really one of the more overlooked films of the 90s and ultimately Eastwood’s career.

Phillip is a boy with a fairly broken childhood home. Costner is the least likely person (captor) to come along and sweep the boy away…teaching him some life lessons and evading authorities across Texas.

I’ve said too much, but I do think it’s one that you should check out. If you haven’t seen it, it’s one to find SOON. (It might have to be purchased, because I haven’t seen it on Netflix, Redbox, or anywhere digital recently.)

But, suffice it to say, this is one that should be savored. It has an all-star cast, but it also has something which allows it to fall into the ‘film’ category rather than just being another sentimental ‘movie’.

It is what Unforgiven, Gran Torino, and The Good, the Bad, and the Ugly all were. Films that offered a fresh perspective on universal stories that we’ve all heard. From towns that need a reckoning to good Samaritans standing up to fight for what is right, they all had an amazing storyline with a directorial eye that helped them become something larger than just a 2-hour show.

A Perfect World envisioned a scenario where a convict helped a fatherless boy, but the execution is so much more. Again, I’ve said too much.

What is your ‘film’ you need to go revisit? Maybe there is one that you haven’t discovered yet. I thank Mr. Eastwood for this one.